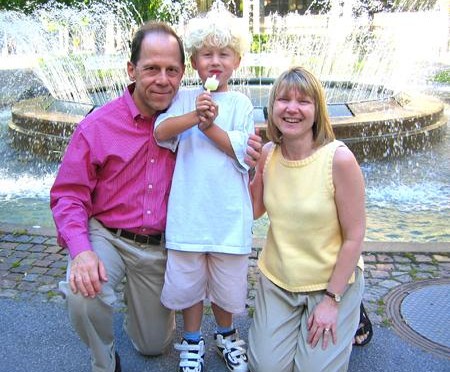 The Nobel Prize in Physiology or Medicine 2012 was awarded jointly to Sir John B. Gurdon of The University of Cambridge in England and Shinya Yamanaka of Kyoto University in Japan “for the discovery that mature cells can be reprogrammed to become pluripotent.”

As described by Nicholas Wade of The New York Times, “the two scientists helped lay the foundation for regenerative medicine, the hotly pursued though still distant idea of rebuilding the body with tissues generated from its own cells.

Their discoveries concern the manipulation of living cells, and lie at the heart of the techniques for cloning animals and generating stem cells, the primitive cells from which the mature tissues of the body develop. Dr. Gurdon was the first to clone an animal, a frog, and Dr. Yamanaka discovered the proteins with which an adult cell can be converted to an egg-like state.

Dr. Gurdon’s discovery came in 1962, when he produced living tadpoles from the adult cells of a frog. His work was at first greeted with skepticism, because it contradicted the textbook dogma that adult cells are irrevocably assigned to their specific functions and cannot assume new ones. (His prize was the first Nobel to be awarded to a cloner.)

Dr. Gurdon’s technique was to extract the cell nucleus, containing the frog’s DNA, from a mature intestinal cell and inject the nucleus into a frog egg whose own nucleus had been removed. The egg was evidently able to reprogram the introduced nucleus and direct its genes to switch from the duties of an intestinal cell to those appropriate to a developing egg.

But how did the egg cell body accomplish this reprogramming feat? The answer had to wait 44 years, while molecular biologists gained a more intimate understanding of genes and the agents that control them.

Working with mice, Dr. Yamanaka discovered in 2006 that the reprogramming can be accomplished by just four specific gene control agents in the egg. The agents, known to biologists as transcription factors, are proteins made by master genes to regulate other genes. By expressing the four proteins in an adult cell, Dr. Yamanaka showed that he could walk the cell back to its primitive, or stem cell, form.

Stem cells generated by this method, known as induced pluripotent cells, or iPS cells, could then be made to mature into any type of adult cell in the body, a finding with obvious potential for medical benefits.

Biologists hope the technique will enable replacement tissues to be generated from a patient’s own cells for use against a wide variety of degenerative diseases. For the moment, that remains a distant prospect. But the cells have already proved useful in studying the genesis of disease. Cells generated from a patient are driven to form the tissue that is diseased, enabling biologists in some cases to track the steps by which the disease is developed.

But the possibility that animals, including humans, could be cloned did not seriously impinge on the public imagination until Dr. Gurdon’s work was reproduced in mammals with the generation of Dolly, the cloned sheep, in 1997. The following year saw generation of the first human embryonic stem cells, which are derived from the early human embryo. Such cells are called pluripotent because they can develop into any of the mature tissues of the body.

The two developments led to the concept of therapeutic cloning — take a patient’s skin cell, for example, insert it into an unfertilized human egg so as to reprogram it back to pluripotent state, and then develop embryonic stem cells for conversion into the tissue or organ that the patient needed to have replaced. Since the new tissue would carry the patient’s own genome, there should be no problem of immune rejection.

But human eggs are not so easily obtained. Of course, the reprogramming might be accomplished without human eggs if only the relevant factors in the egg could be isolated. But that seemed a distant prospect until Dr. Yamanaka’s discovery that 24 transcription factors, later whittled down to four, could reprogram a nucleus when introduced into cells on the back of a virus.”

Takehiko Yokoyama, a staff writer from a local newspaper in Japan, noted that the Nobel Prize “has given much-needed hope to a 14-year-old boy suffering from FOP who has asked Shinya Yamanaka to find a cure from his stem cell research.

Ikumi Yamamoto, a third-year junior high school student in Akashi, Hyogo Prefecture is battling the genetic disorder, which has an unknown origin and no cure, afflicts one in 2 million people.

Ikumi said Yamanaka promised to try, saying, ‘We are looking for a way, and we will work hard.’

In February 2010, the boy offered a skin sample to the university’s Center for iPS Cell Research and Application for the study for treatment methods and drug development.

A group at the center is working to determine how FOP develops, according to supporters of the boy.

After the Nobel Prize announcement, Ikumi told a news conference about the professor, ‘He is a great man who won the Nobel Prize, but he is also kind.’”

While this year’s Nobel Prize highlights new technology available to study FOP and many other disorders, advances in stem cell research are not new to FOP. Discoveries in adult stem cells have propelled understanding of the cellular origins and pathophysiology of FOP lesions, work that has been highlighted in recent FOP annual reports ad in many major scientific publications.

In early 2012, the first mouse model of classic FOP was reported by scientists at The Center for Research in FOP and Related Disorders at The University of Pennsylvania – work that built on advances in cloning and embryonic stem cell technology first elucidated by Sir John Gurdon of Cambridge, Dr. Yamanaka’s co-awardee of this years’ Nobel in Physiology or Medicine.

Although the iPS technology pioneered by Dr.Yamanaka is relatively new (2006), it has enjoyed widespread attention over the past several years, and is presently part of the research tool kit of many laboratories, including those investigating FOP.  In August 2011, scientists who attended the Strategies for the Treatment of FOP Scientific Workshop at the University of Pennsylvania heardpreliminary scientific updates on the use of iPS cell technology to understand the pathophysiology of FOP. A recent report from an independent laboratory in Japan, unrelated to Dr. Yamanaka’s group, reported recently on the use of iPS technology to screen for potential new therapeutic compounds for FOP. However, the utility of this approach is still in its infancy.

All of us in the FOP community congratulate Drs. Gurdon and Yamanaka for their pioneering Nobel Prize winning work in stem cell research and look forward to further advances in understanding and treating FOP using these exciting approaches. As FOP patient Ikumi Yamamoto said, “I’m glad that the prize will help spread iPS technology all over the world, advancing research and accelerating the development of drugs.”

Läs mer
Did you find apk for android? You can find new Free Android Games and apps.